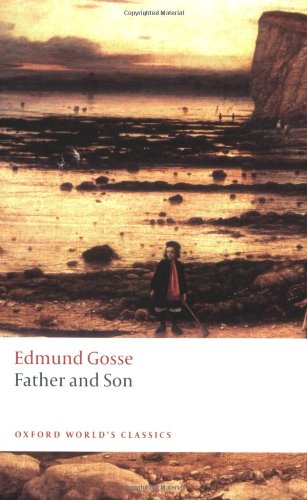 The era in which faith and reason conflicted in a profound manner seems far away, and perhaps even a bit incomprehensible, to citizens of the modern world. Most of us take for granted our right to choose the life of the mind over that of the spirit without feeling remorse. At the very least, we've learned that the two need not be mutually exclusive. But this is hard-won ease, born of a conflict that began with the Victorians. Edmund Gosse's Father and Son (1907) traces his own reckoning--as well as that of his father, the eminent British zoologist Philip Gosse--with the clash. His story is, as he declares, "The diagnosis of a dying Puritanism." The only Puritanism that dies here, however, is the author's. His parents were Christian fundamentalists and as a result, young Edmund was denied interaction with other children as well as all variety of fictional tales. "Here was perfect purity," Gosse writes, "perfect intrepidity, perfect abnegation; yet there was also narrowness, isolation, and absence of perspective, let it boldly be admitted, an absence of humanity." Despite all of this, the child maintained his sense of humor, which adds much levity to a tale of such potentially grim proportions. When Edmund was 8, his mother died of cancer, leaving him the care of a man in whom "sympathetic imagination ... was singularly absent." Philip Gosse held on to his faith in God above all else--so much so, in fact, that when evolutionary theory was announced to the world, he dismissed it entirely because it discounted the book of Genesis. Little by little, Edmund began to chafe against the traditions he had inherited. By the age of 11, he already saw himself "imprisoned for ever in the religious system which had caught me and would whurl my helpless spirit." At this point he believed his fate was sealed and went through the motions of piety. It is not until he goes off to boarding school, and discovers the Greeks and Romantic poetry, that he slowly chooses his own path. Eventually he comes to realize that he and his father "walked in opposite hemispheres of the soul." Their split encapsulates a particular moment in history but also embodies their destiny: "one was born to fly backward, the other could not help being carried forward." --Melanie Rehak
Show More
Reviews